There are a lot of math programs out there. There are probably several that would work for your family. I’m going to highlight the ones that have worked for us (thus far).

Our oldest child has a great head for numbers. The trouble comes when he has to write them down. Handwriting is a huge struggle. So we’ve had to adapt!

We started out using book 1 of the Charlotte Mason Elementary Arithmetic Series. This worked very well for us for about six months. I liked that the book was mostly aural (Henry called it “talking math”). We would use some simple manipulatives from around the house (LEGOs, beans, popcorn kernels, etc.) and the rest of it was done out loud. This allowed Henry to jump on the mini trampoline during his math lesson. (Sometimes you gotta do what you gotta do.) The book does have a writing component, but it’s not essential, so it was good for our situation. Once we got to numbers that add up to 26, Henry couldn’t do the math in his head anymore. So we took a step back and focused more on basic math facts.

We used these books by Kate Snow called Addition Facts the Stick and Subtraction Facts that Stick. These books include a lot of games that help make math facts fun. I didn’t know learning math facts could be fun before I got these books. There are card games, bingo games, etc. They were a nice change of pace from what we had been doing before. If I could do it again, I would have incorporated these games into our math lessons sooner.

For second grade, we are changing gears a bit. Right at the end of Henry’s first grade year, I got him a set of Miquon math books to try out. They have been a success! I like these books because they require thinking and problem solving while also requiring a manageable amount of handwriting. Currently, we have a deal where we do two pages of math each day. Henry writes one page of math answers and then I write the other for him. Henry loves it when the books ask him to make up his own math problems. I find myself thinking “Oh, that’s clever!” as we work through this book together. There’s some math humor and fun that Henry and I both enjoy. If you want to try them out, you can get them at Amazon, but Rainbow Resource has the best prices. (And you will need the Teacher Guide & cuisenaire rods in addition to the colored workbooks.)

We are also trying out a couple of online math programs this year. We use Prodigy and Beast Academy as supplements to Miquon. Initially, I thought Beast Academy would be way too advanced because Henry can’t read independently, but it has gone well. After Henry does three days of Miquon work, he gets a day to play one of these games. He especially loves the puzzles on Beast Academy.

We are the Vandagriff family. During the COVID-19 pandemic, we got a lot of questions about our homeschool. We figured others would benefit from the answers to the questions we got from our friends, so we started this site. Our family lives in Utah. We’re members of the Church of Jesus Christ of Latter-day Saints. Thanks for stopping by!

This site contains affiliate links to products. We may receive a commission for purchases made through these links. 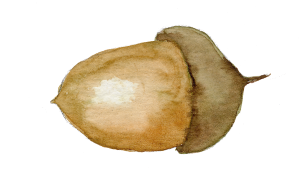